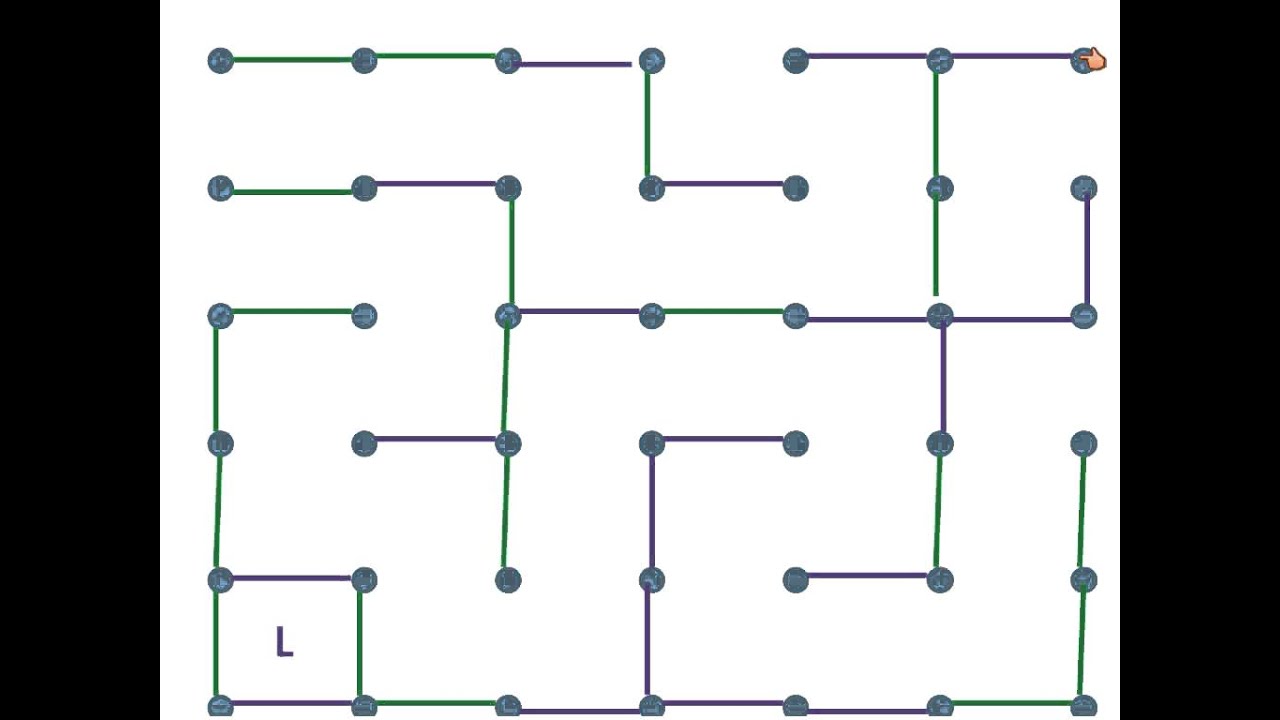 A ”griddy” game where dots become lines and lines become squares. The player with the most squares wins.

Draw rows of dots, separated by a good half inch, in a grid of 10 by 10 columns. Each player takes a turn connecting one dot to another adjacent dot horizontally or vertically, one move at a time. After a while, the board begins to fill with a series of horizontal and vertical lines, some connected, some not. When a player draws a line that forms a square, that player fills the square with his first initial. The player, who drew the closing line on the square, gets another turn.